Everything You Need to Know About Streaming on Spotify 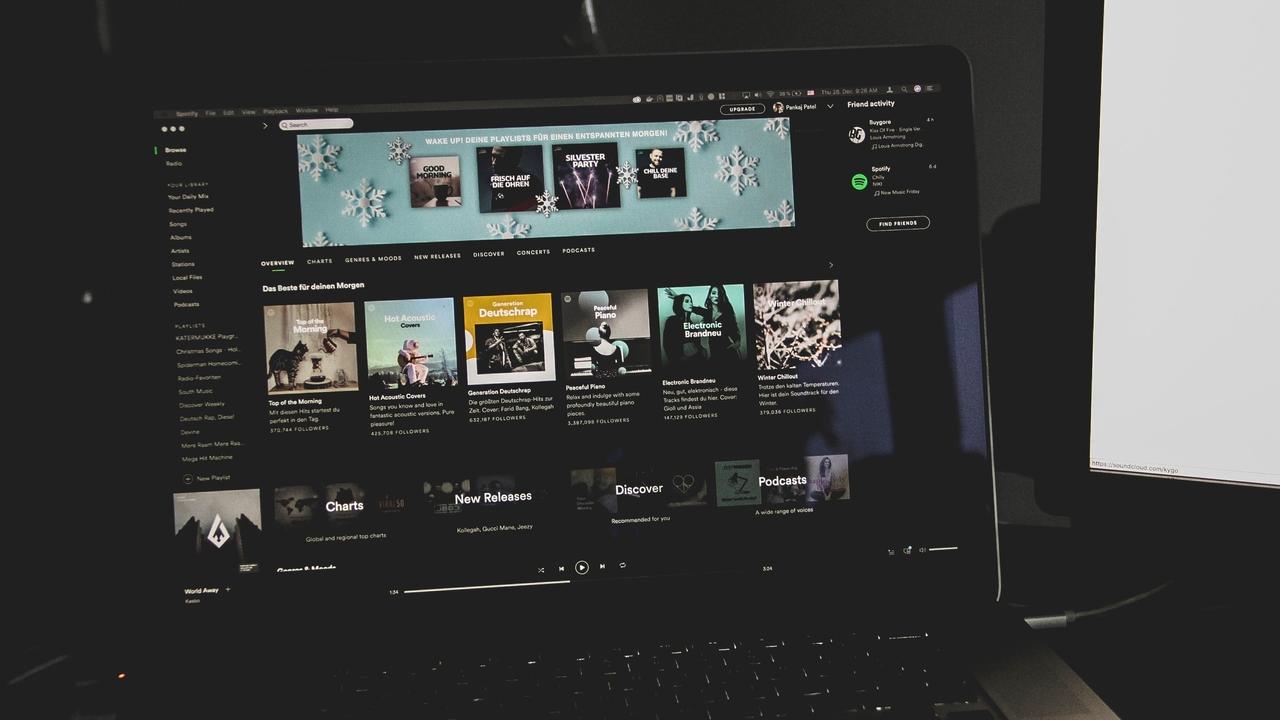 Spotify has had a love-hate relationship with the music industry ever since its inception. While it’s a convenient, inspiring music-streaming service for its customers, the artist side of it can feel intimidating. We’re here to help get you started, and to prove that Spotify is not the big, bad wolf that many would make it out to be. Despite the ongoing debate on appropriate payouts to artists, this powerful platform is still a strong instrument in your music career toolkit.

Why Stream At All?

Whether you like it or not, streaming is here to stay. Unless you’re already making your money by other sources of revenue, it would be very difficult to ignore music streaming altogether. It’s a convenient (and endless) source of music for your fans, even though the payouts to rights holder are controversial.

Aside from Spotify, the top streaming giants are YouTube, Apple Music, and Google Play Music with Tidal, and Amazon Music right behind them. Lower in popularity, but still paying out, are Pandora, Deezer, and Napster. Spotify is the clear winner when it comes to the number of paid users with over 87.5 million listeners. YouTube is in second place with over 50 million, and Apple Music has 36 million.

So, to answer the question of why stream at all? Well, to sum it all up, it’s guaranteed that’s where your fans will most likely find you!

Get Your Music Ready for Spotify

Step one: you need a song. Got one already? Awesome! Don’t have a finished one yet? No worries, it never hurts to read ahead and see what work you have to prepare for. Step two is getting a distributor to help license and stream your music.

Why You Need a Distributor

Spotify doesn’t work directly with artists, but rather through distributors and record labels. They handle all the licensing and distribution, and will be the entities that pay your streaming royalties. Depending on the contract you have with your distributor, the amounts you agreed on will be distributed from Spotify’s payments.

Here’s a list of some of the recommended distributors and labels from Spotify:

How Much Does Spotify Pay Per Stream?

The answer about any streaming platform’s payout will differ between them. As of now, Spotify on average pays about $0.006 to $0.0084 per stream to the “rights holder.” If you’re not sure who that is, the “rights holder” can include the record label, producer, songwriter, and the artist. So when you take that tiny sliver per stream, and split it up between everyone, it seems like pittance.

How Much Would You Get?

There are quite a few factors that determine exactly how much you would get per stream:

Using the Spotify numbers for example, at $0.0084 per stream, a song would need to be played 120,000 times just to make around $1,000. On another note, Spotify does payouts on a quarterly basis, which could mean waiting a few months to see your royalties.

These are the two common forms of royalties you may come across when streaming on Spotify, and can be broken down like this:

Keep in mind that royalty payments depend on the label or distributor, and the contract that you’ve agreed on with them.

Alright, you’ve got your songs ready and you have a better understanding of royalties. Now, let’s talk about how to make yourself look good. Once you log into your Spotify for Artists account, your homepage is your profile! It’s where you can announce your new releases, update fans on tour dates, and more.

In terms of images, you’ll have access to your avatar, header image, and an image gallery. We recommend taking a few professional photos of yourself, such as a headshot or album cover, and using those as they’re you’re most recognizable images. Make sure your images are in the correct file format (.jpeg, .png, or .gif), and that your avatar are up to 750px x 750px and header images are no bigger than 6000px x 4000px (nothing over 20 MB will be uploaded either!).

Here’s just a few ways that you can promote the hell out of your new Spotify track (both inside and outside of Spotify).

This is the big Daddy, bread and butter that could launch your song instantly, but it can be a gamble. Spotify Playlists are curated by their staff editors, usually based on a music genre (such as New Pop or New Country), an emotion (Songs for Sad Days, Songs for Workouts), or a special event happening somewhere in the world (like Christmas or Valentine’s Day).

It used to be totally random if Spotify selected your music to premiere on one of these playlists, but they recently changed the rule so that artists can submit unreleased tracks ahead of time to be considered. That’s a game-changer! The gamble comes from crossing your fingers after submission, and hoping that they pick yours. If it doesn’t happen, don’t give up and keep submitting for the future.

A Few Rules on Playlist Submission

Straight from the Spotify website itself, here are some things to keep in mind during submission:

Incentives are usually something of value in return for an action, such as entries for a giveaway, publicizing a piece of fanart, etc. An incentive doesn’t always have to be monetary. One example is you can hold contests such as retweeting or liking a social media post, and a randomly selected person will receive a free copy of your latest album or new song release. Another idea is to release the song and allow your fans to create inspirational art pieces from it. Maybe you could turn the winning piece into a merch item or make it your new album cover.

Once you’ve built a fanbase and collected emails, then it’s time to take advantage of that new, robust mailing list. Send an email blast out to your fans and tell them all about your new song releases, the inspiration behind it, your creative process, and where they can stream it or buy it.

Your social media page (we know you have one!) is often the first point of contact between artists and their fans, and would be the fastest way to let your fans know about brand-spanking new releases. However, it won’t help if you constantly shout to just the same old followers. Paid Facebook ads are another way to reach potential new fans, with a targeted campaign based around your song. These ads can even stretch to Instagram, be converted for Twitter, SnapChat and so much more. The more platforms you lasso, the wider reach you’ll get.

There’s a reason that “behind the scenes” documentaries are universally loved. Everyone enjoys getting a peek behind the curtain and walking the journey with you. By allowing your fans some small insights to your creative process, you’ll forge a deep connection to the song within them, and they’ll want to replay those emotions over and over.

There you have it! Our top rules, tricks, and trade secrets to get you started on streaming with Spotify. Like we said before, Spotify isn’t designed to be scary, it’s a positive platform where artists can easily reach their fans in a convenient and global way. If you have any questions about Spotify, don’t hesitate to contact us for more information.