How to Get Your Music Out There 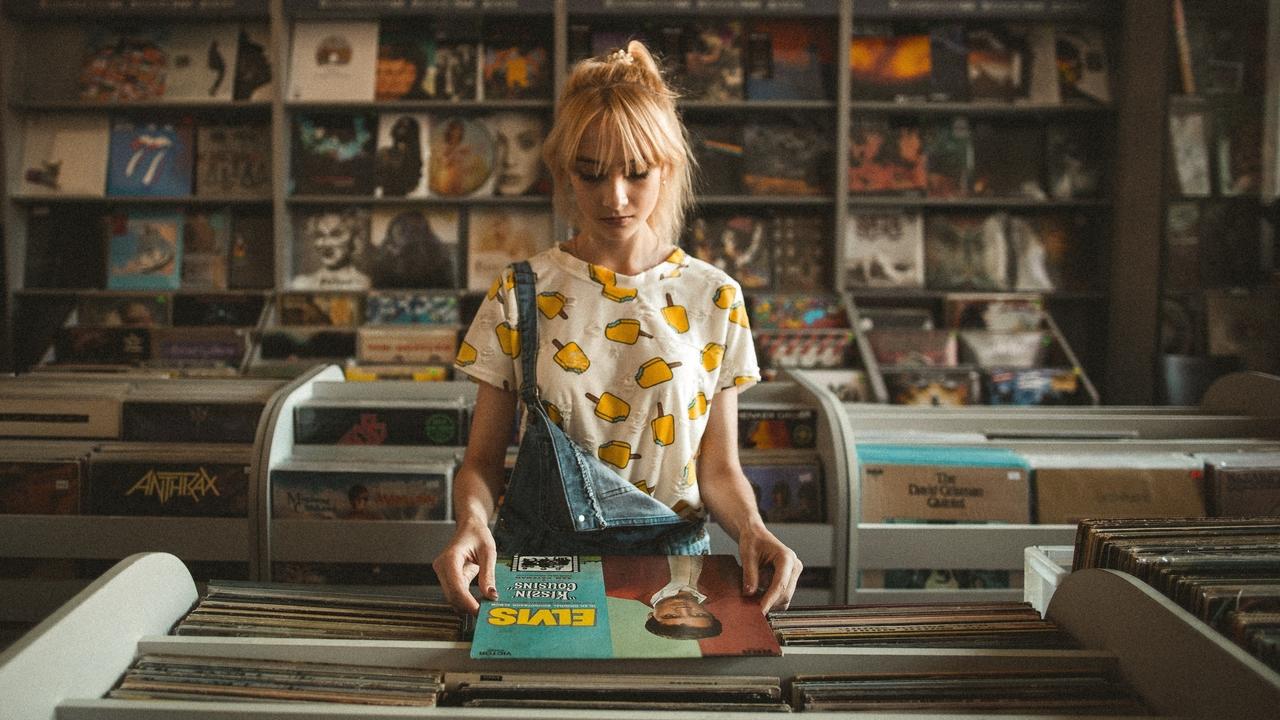 Social media isn’t the only tool in the indie artists’ toolbox when it comes to getting your music heard.  At the same time, it goes without saying that the internet and music scene can feel oversaturated or overwhelming. But fear not, we’ve got seven surefire ways to help promote and distribute your music, so you can build up a loyal fan base without sweating about new content.

PERFORM FOR THE MASSES

This may be obvious, but it's one of the most aspects of your career. The more comfortable you are playing in front of an audience, the more confident you'll become. Whether they're a screaming crowd or a silent one, there's no such thing as a wasted performance. The more you play your songs, the more likely they'll be played again or streamed online once they get home. Speaking of streaming...

Spotify, Apple Music, Google Play Music, Soundcloud...these are just a few of the music streaming sites out there where users can listen for free (with ads) or pay a membership fee for as much music as they want. Artists are given a percentage of how well their songs do, so the more their songs are played, the more incentive and popularity they receive in return. Given the sheer magnitude of the memberships on these sites, registering in the millions, utilizing streaming services for gaining a following is a no-brainer.

Spotify has recently made a new change that allows artists to submit their songs for consideration in curated playlists. These playlists are created by Spotify editors and based around a genre (like Country or Rock), a mood (happy songs or breakup songs), or an environment (such as Work or Study music). If you think your songs have the stuff, don’t be afraid to go through with the submission process. If your song doesn’t get selected, don’t despair: always be submitting as these playlists are newly created every quarter.

Do you have tracks on tracks of instrumental music and don’t know what to do with it? We recommend you make it available for public use through licensing! By licensing out your tracks, other entities can buy these tracks for their use and pay you some impressive royalties. For example, if a reality TV show or an episodic YouTuber wants to use you tracks, you can license that music for hundreds per episode. Likewise, if a shopping mall or a restaurant wanted to play your music, you could get a certain royalty per stream. This whole process not only puts a little money in your pocket, but also builds a portfolio.

Another popular method to increase the social range of a new song is through a music video. Even the most simplistic videos can be shared, as long as production quality looks professionally done. Platforms such as YouTube and Vimeo make it easy to upload music videos, track views, and have the tools in place to share your videos across the web.

For those fans who prefer to buy their music and keep permanently, there’s no better way to distribute than through iTunes. As the largest online music store available, it would be foolish to keep your music out of the hands of those who want it most. Other music stores include Google Play Music and Amazon Music.

NoiseTrade, Bandcamp, and PledgeMusic are unique sites that allow artists to give song downloads or other exclusives to fans for in exchange for an email address. This adds a new, enticing incentive for new fans who love free music, to get a taste of what you have to offer. Plus, you can build the list and use it for future promotions (see “Following Up on Fans”).

FOLLOWING UP ON FANS

Sometimes social media isn’t enough, with all the ads and feeds bombarding your fans with a constant stream of content. But one of the best ways to stay at the forefront is by getting to your fans where they have the most control: their email inboxes. People have the freedom to be more particular about what they want to receive emails about, and having fans join your mailing list means that they’ll get the latest news on your music without getting distracted by a scrolling feed. The most straightforward way to get an email address is by having them sign up through your website, and then managing the list through services such as MailChimp.

That’s right: social media can take you far with audience reach, but the ones that stay want to have a central place to come back to. Whether it’s to get to know your history, look up your discography, or sign up for a newsletter, having a professional, pristine website is a great way to impress potential fans and keep their interest.

BE OPEN TO INTERVIEWS

There are tons of music bloggers and enthusiasts out there on the internet, and it doesn’t hurt to get in touch with them, or be open to them contacting you too. Many of these online journalists love to discover new, upcoming artists like you, so it wouldn’t hurt to do an interview or two. Be open to talking about your backstory, your creative process, and where new fans can find you.

An EPK is an Electronic Press Kit, which contains all the initial information that the press would need to know about you. This kit typically contains a biography, professional photos, press quotes, music files or links, social media information, and any upcoming important events you want people to know about. When you first book an interview or sign for a festival, this EPK is often the first thing organizers will see. It’s an introduction to “you”, to say the least. Just like a resume, it’s important to keep you EPK updated with fresh photos, data on your followers or streams, and new music.

The best way to find support amongst your fans and peers is to be a fan yourself! Follow other musicians in your genre and grow connections with them. If some of your fans are music-makers themselves, be open and encouraging with them. Attend some shows, buy their merch - whatever it takes to support your fellow musicians!

So there you have it! All the surefire ways to capture the interest of potential fans and hold that interest throughout your career.

My name is Ryan and I've been developing artist brands since 2016 with my company Lion Bold. The artists I've worked with have been streamed for over 1 Million minutes on Spotify in 2018 alone, and now I want to introduce you to the Indie Music Academy: a training center for independent musicians so you can skip over the struggles I went through and grow your audience larger in less time. 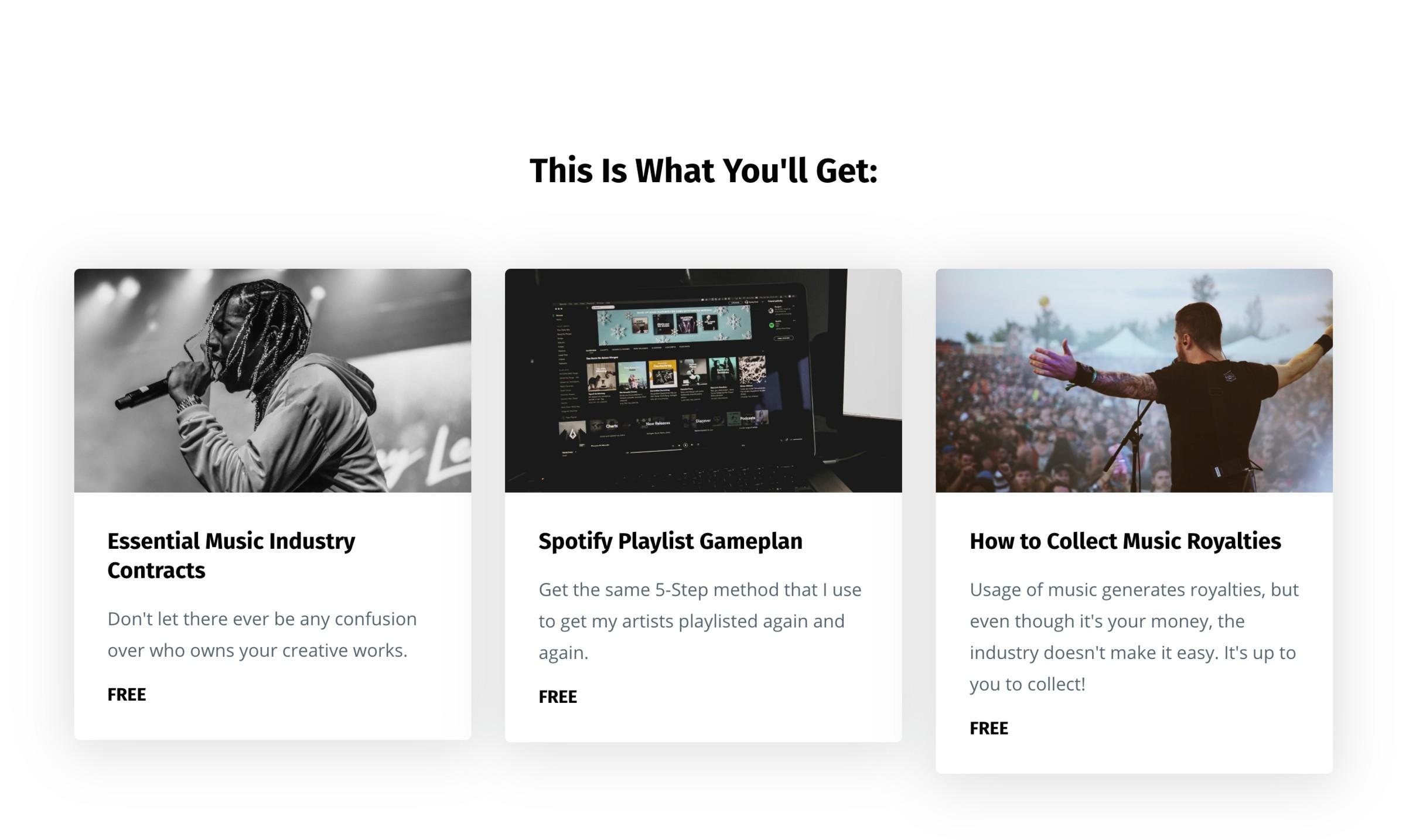 YES I WANT THIS
Close