Get Your Music on Legitimate Spotify Playlists to Grow Your Fanbase

Tap into same network of influencers that major record labels use to spread their reach and find new fans.

Not your average Spotify promotion...

I want to tell you one of the biggest breakthroughs I've had in my music career.

It made the difference between crickets and frustration on my Spotify profile...to a new normal of hundreds of people experiencing and listening to my music daily.

And I know you read the headline above so it's no secret what I'm going to be talking about:

It has to do with Spotify playlists.

So many artists look at getting on playlists as the "holy grail" of music promotion.

Well let me be the bearer of bad news.

As someone who has been on playlists before

And has gotten artists thousands of streams from playlists

Here is the sad reality:

I think you know the ones I’m talking about.

They are the guys DMing you on Instagram trying to sell you $95 dollar Spotify promotion with no reputable company backing their claims.

Or the friendly-looking faces running Instagram and Facebook ads claiming they have thousands of happy customers when in reality it’s all a front to scam artists into purchasing low-quality, bot-runned streams.

And fake streams don’t build your fan base.

Without real people listening, you can’t begin to take them on your Fan Journey.

Or carve your digital fingerprint into the Spotify “Related Artists” algorithm.

I shelled out my own money to show you the difference between bot traffic and real followers...

It’s no secret that I’ve been against low-quality Spotify placements for a long time.

And if you’ve ever had a conversation with me, I might have told you that I was on the hunt for a legitimate, reputable, Spotify Playlist company.

And to this day, I haven’t found any that I would recommend.

And believe me, I've looked HARD and spent thousands in the process, testing, and vetting...

All of them falling short:

And others that I won’t name specifically but you probably see his ads too on Instagram….

Not a single one of them delivered real engagement.

Not a single one brought me real fans that I could send on my Fan Journey.

Not until I took matters into my own hands.

I was fed up with not finding a Spotify Playlisting solution for myself so I went out and did what most are unwilling to do:

I partnered with the same Los Angeles - based marketing companies that Major Record Labels use to get their artists placed on legitimate, influencer-owned playlists.

And trust me guys,

Record labels don't mess around with bots when it comes to building the audiences of their artists.

The very first time I spoke with them, I told them: "I don't mess around with fake plays... and if I even suspect that they were sending bot traffic, we were done."

My very first experience ended with a Major placement on the BBC Hulu Original "Normal People" with my song RIGHT NEXT to Selena Gomez and other household names.

This is finally the real deal.

Once I got a real placement, fans started DMing me on Instagram!

Which never happened before on other playlists (because bots don't care about you).

So what I'm about to share with you is direct access to the Los Angeles promotion companies that I've partnered with.

They usually only deal with Record Labels, but they've agreed to let Indie Music Academy students submit their music on this page only.

So if you have been searching for legitimate and safe Spotify Playlist Promotion like I have...

That actually grows your popularity with real fans and not bots...

Then continue below to learn more about the promotion packages that I've negotiated in advance for you.

It all comes with a delivery guarantee: which means you get refunded the difference if for some reason your song can't get placed.

Click the button below to get your music on Spotify Playlists! 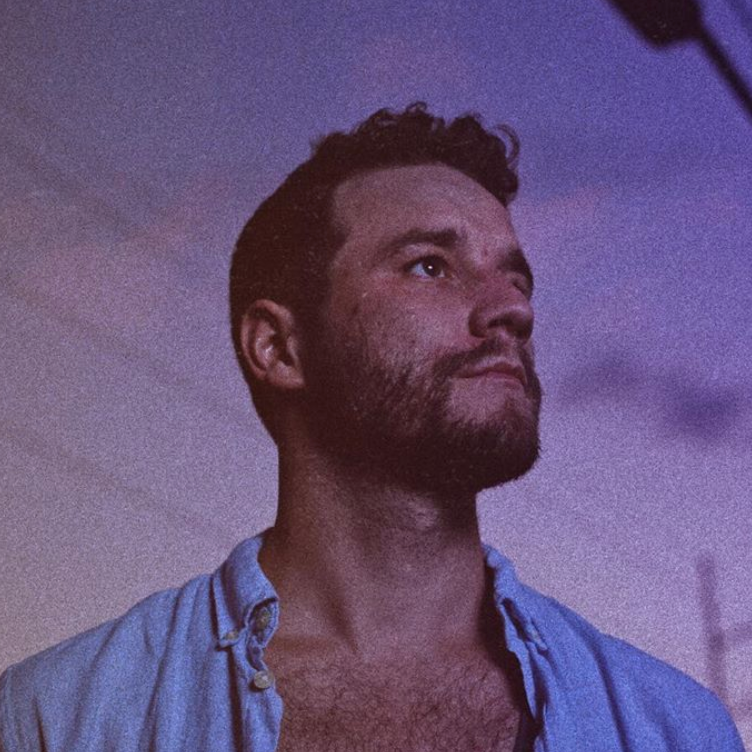 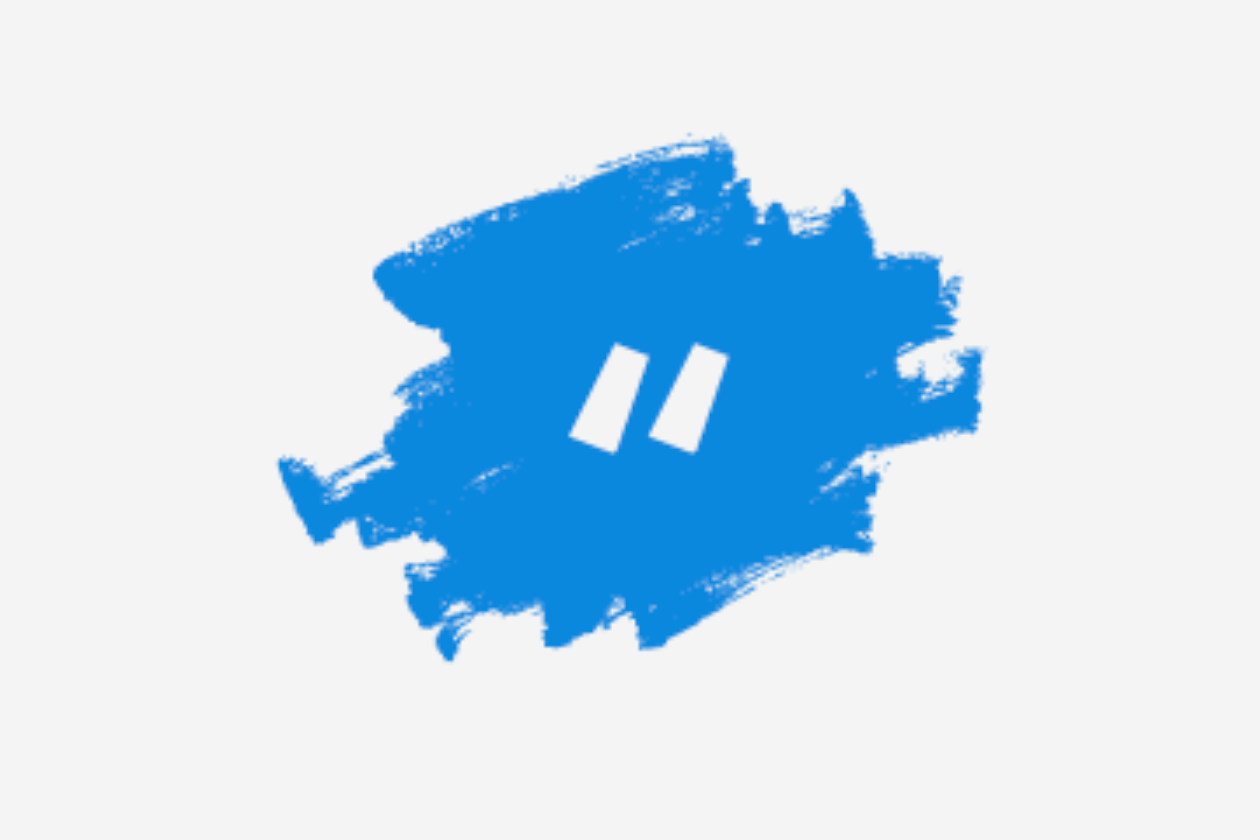 Ryan's courses are clear, non-fluff, and very precise. It's changed my toolkit for what I use every day for my music business. 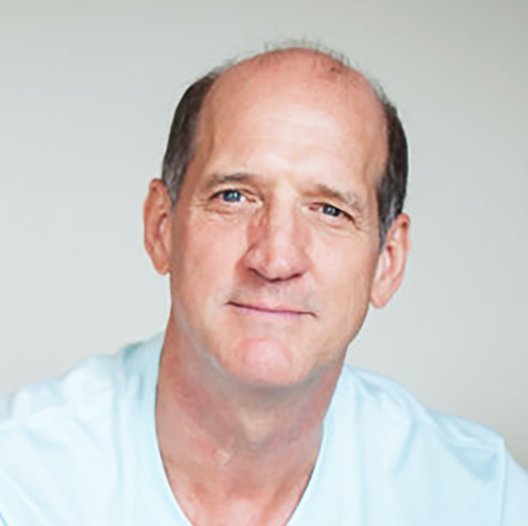 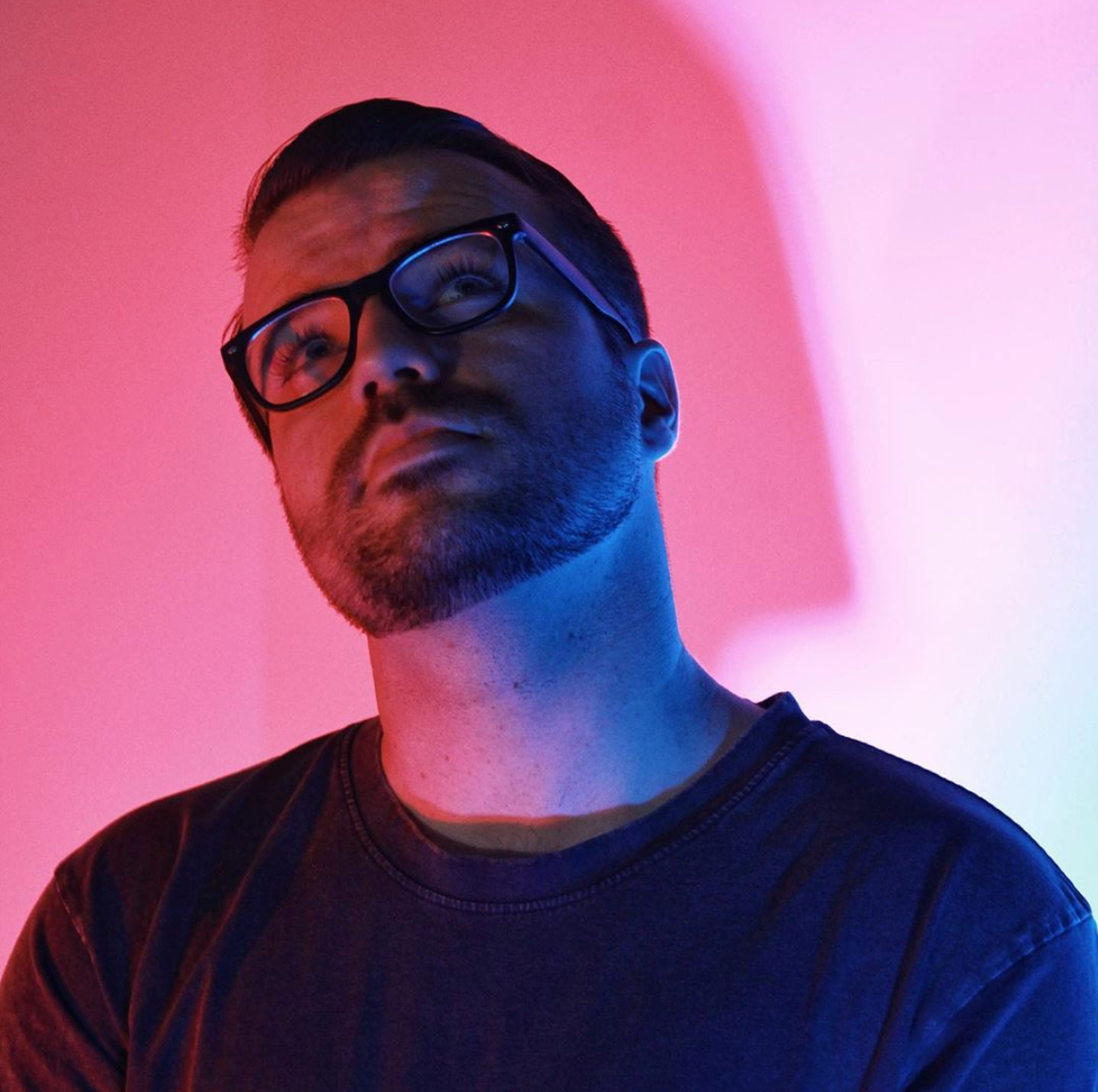 If you want to do music beyond Soundcloud in your mom's basement, you need Ryan on your team.

Is this legit? Absolutely. 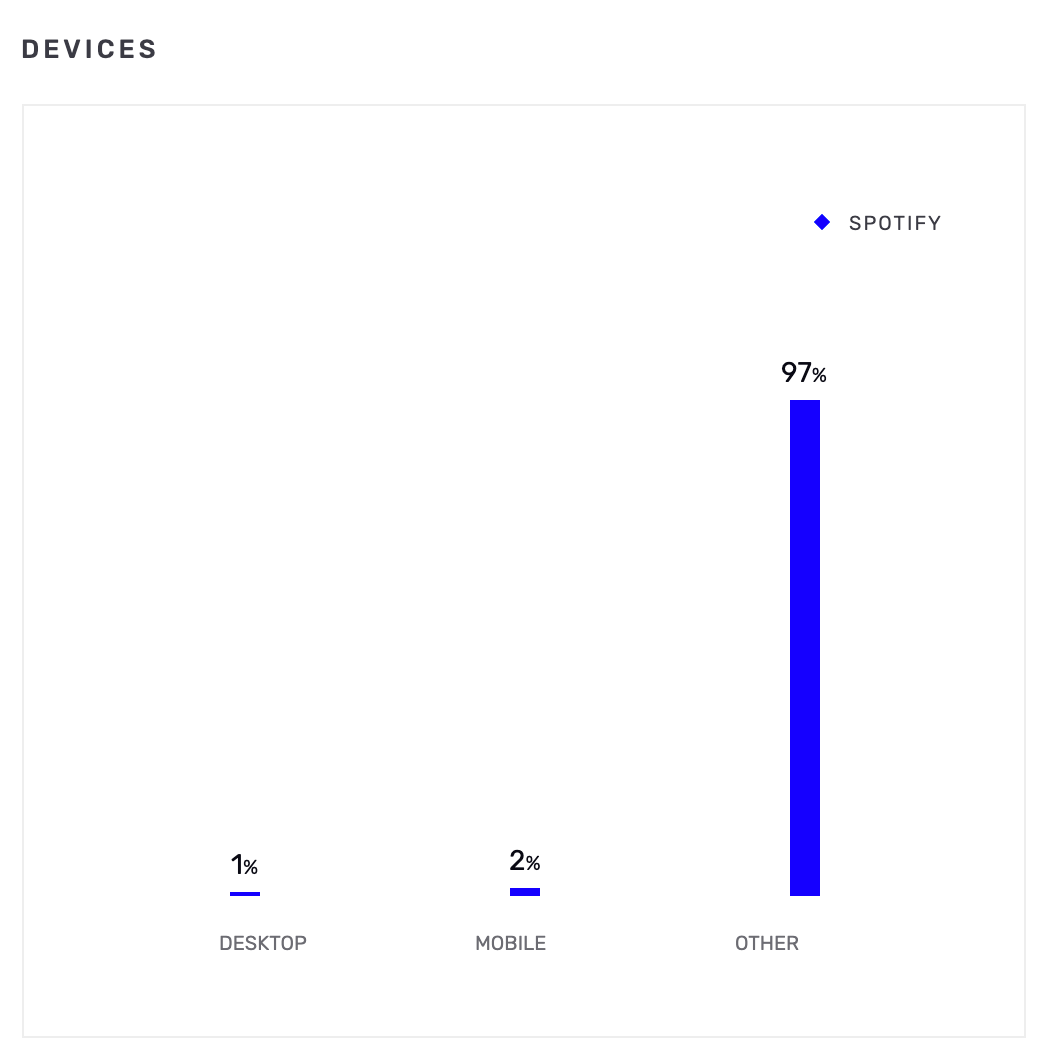 Bots don't interact with your music the way humans do. See how 97% of streams are NOT on Desktop or Mobile? These are fake streams and will not grow your music career. 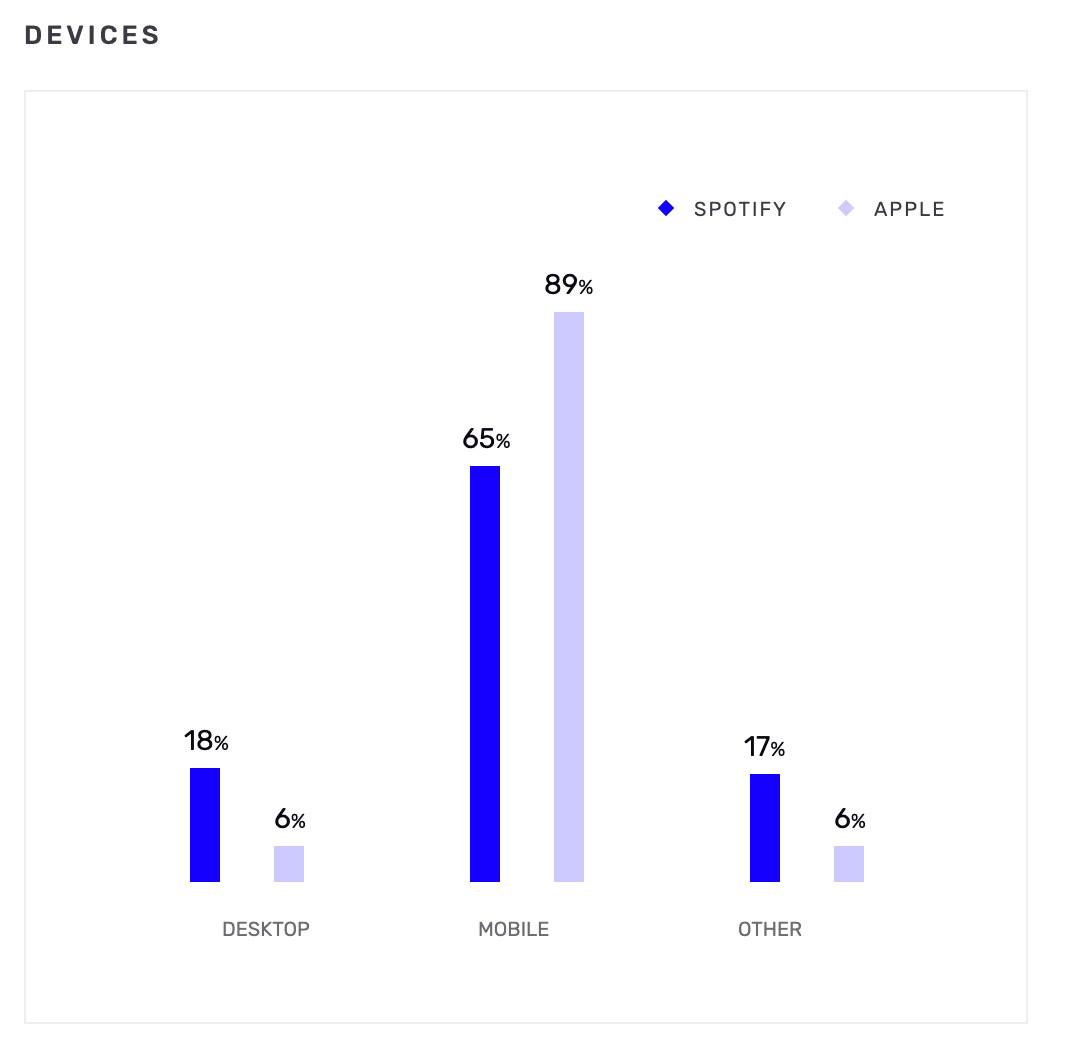 See the difference? Real influencer marketing on your Spotify profile means that real humans will listen to your music and interact with you. This is why it's so crucial to know the difference.

If we can see the difference, then the Spotify Algorithm definitely knows... 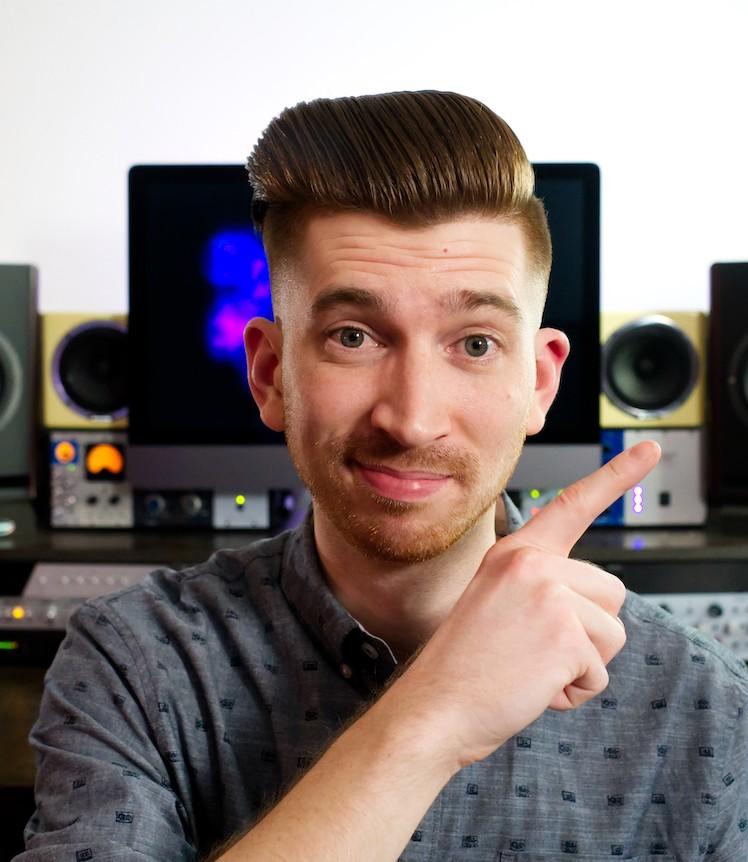 Who I Am and Why You Should Listen To Me

My name is Ryan Waczek and I've cracked the Spotify code for artists like Artur Nelson, helping to get his single on Spotify's Fresh Finds, Poptronix, Release Radar, Discover Weekly, and 3rd-Party playlists.

I've also harnessed the power of Facebook and Instagram marketing for artists like Anthony Tullo (like you'll see below) spreading the reach of his music to thousands of fans worldwide through strategic music marketing techniques.

I started the Indie Music Academy to teach independent artists how to market their music the right way. 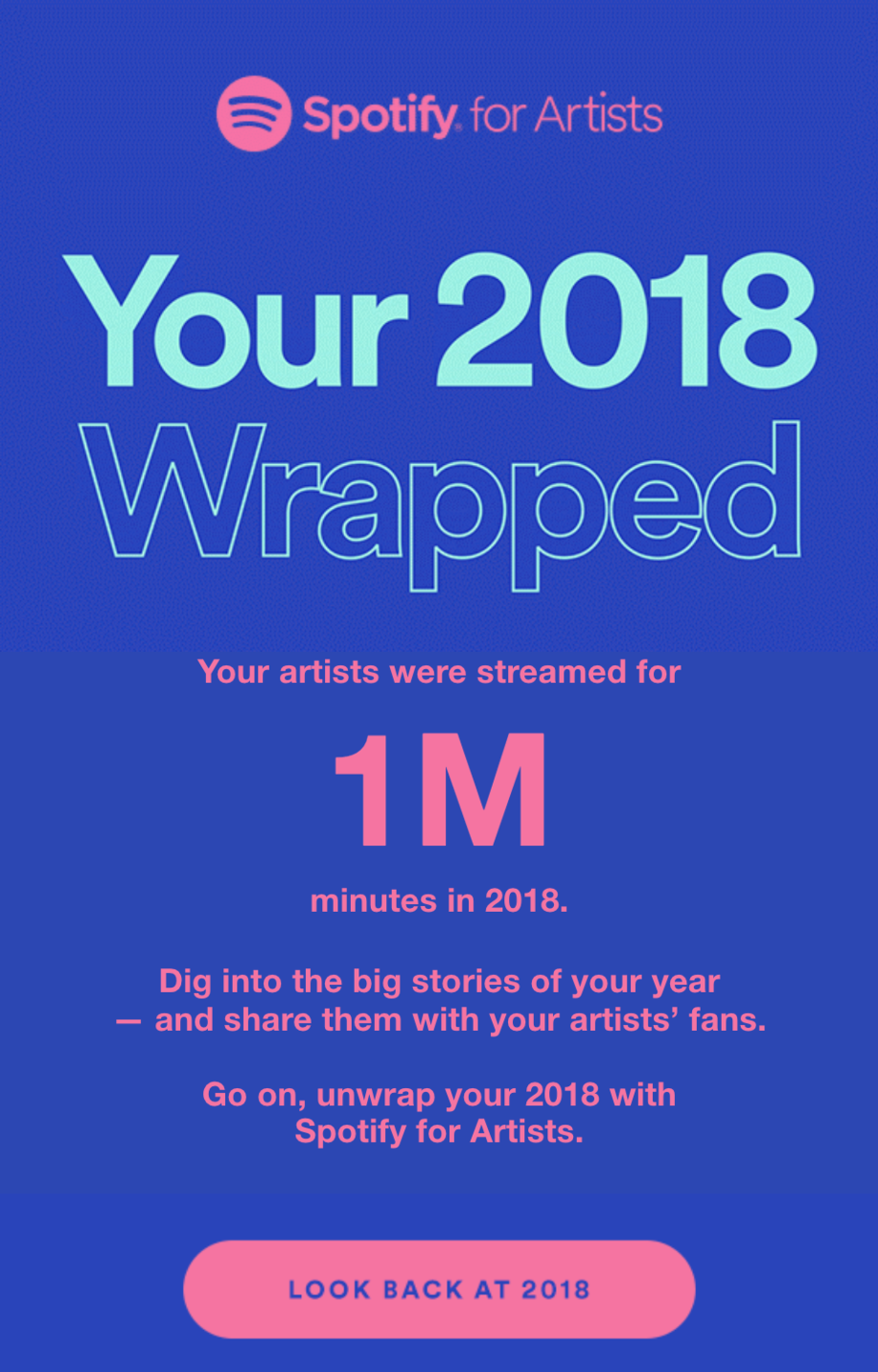 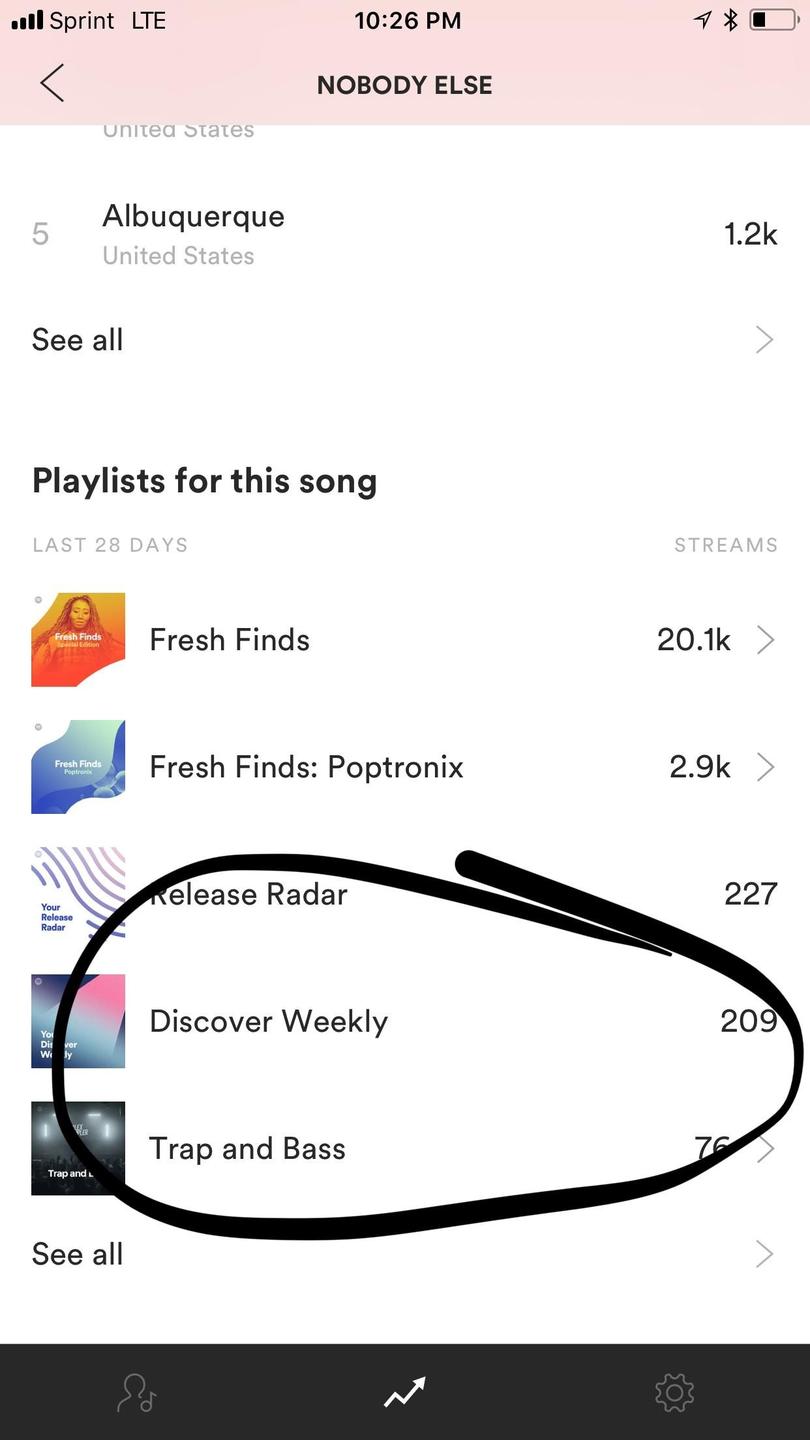 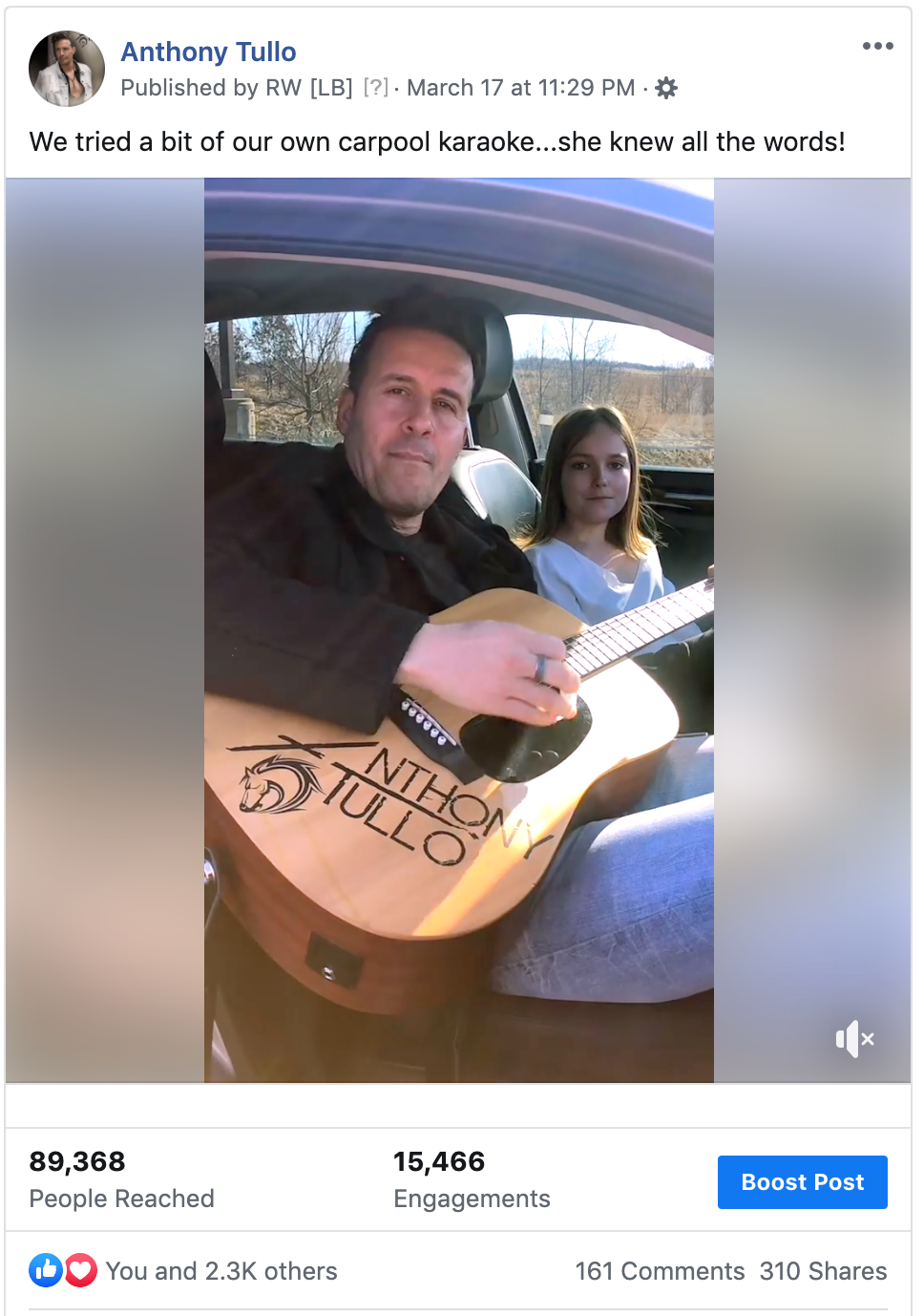 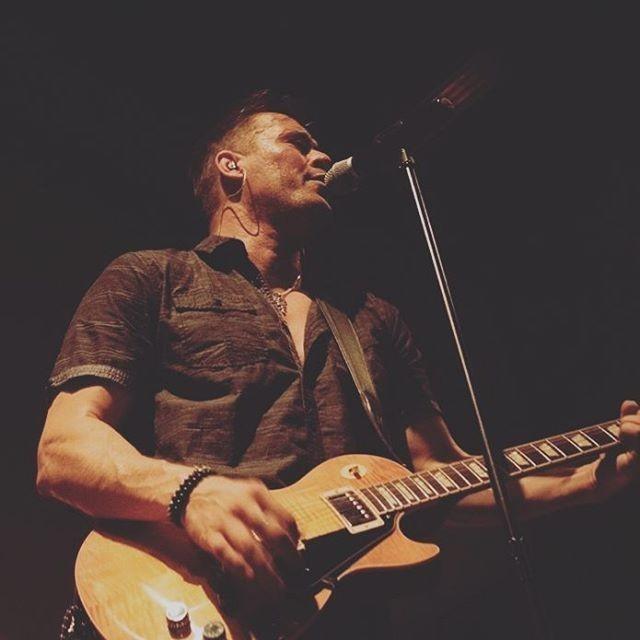 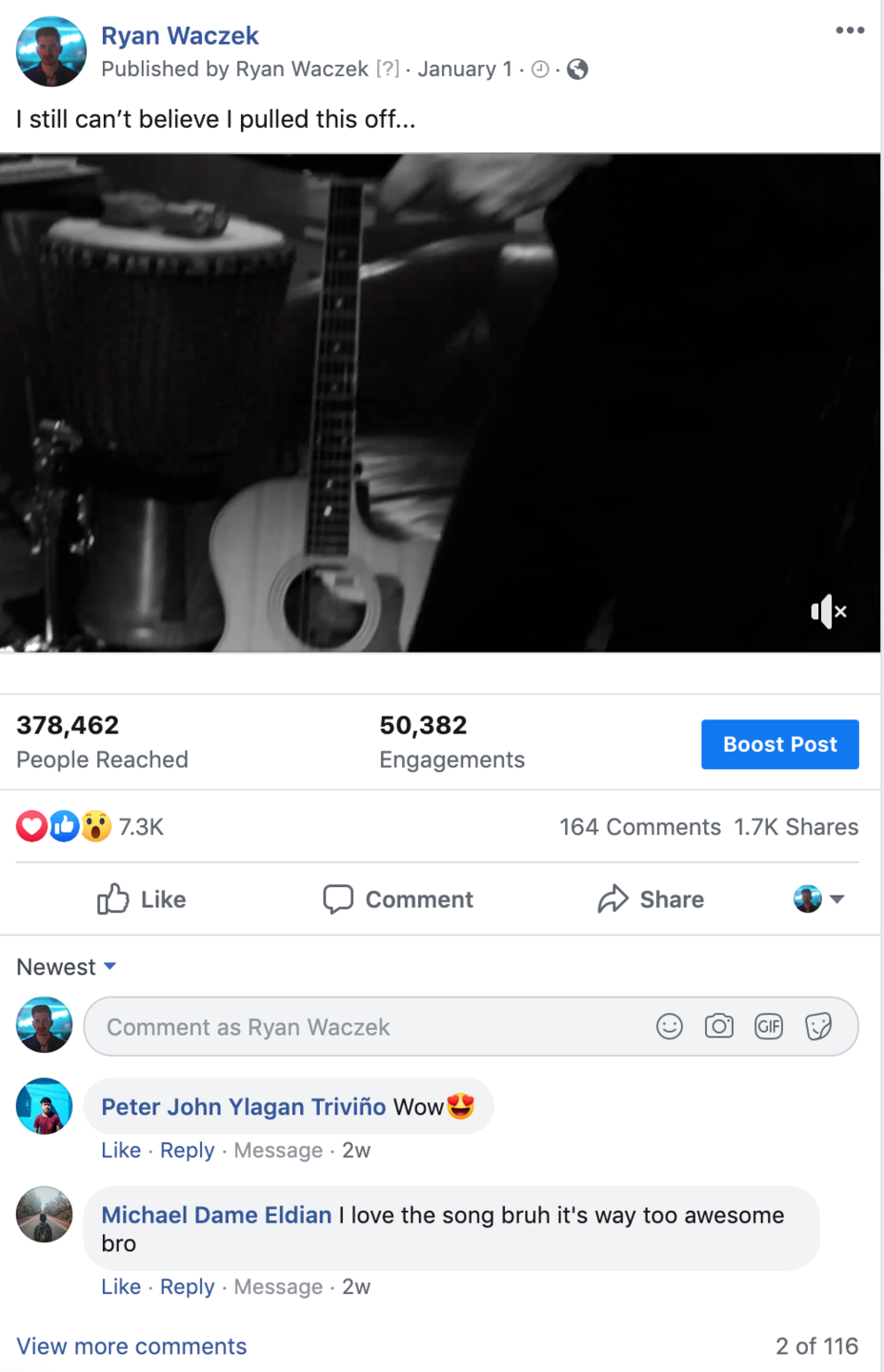 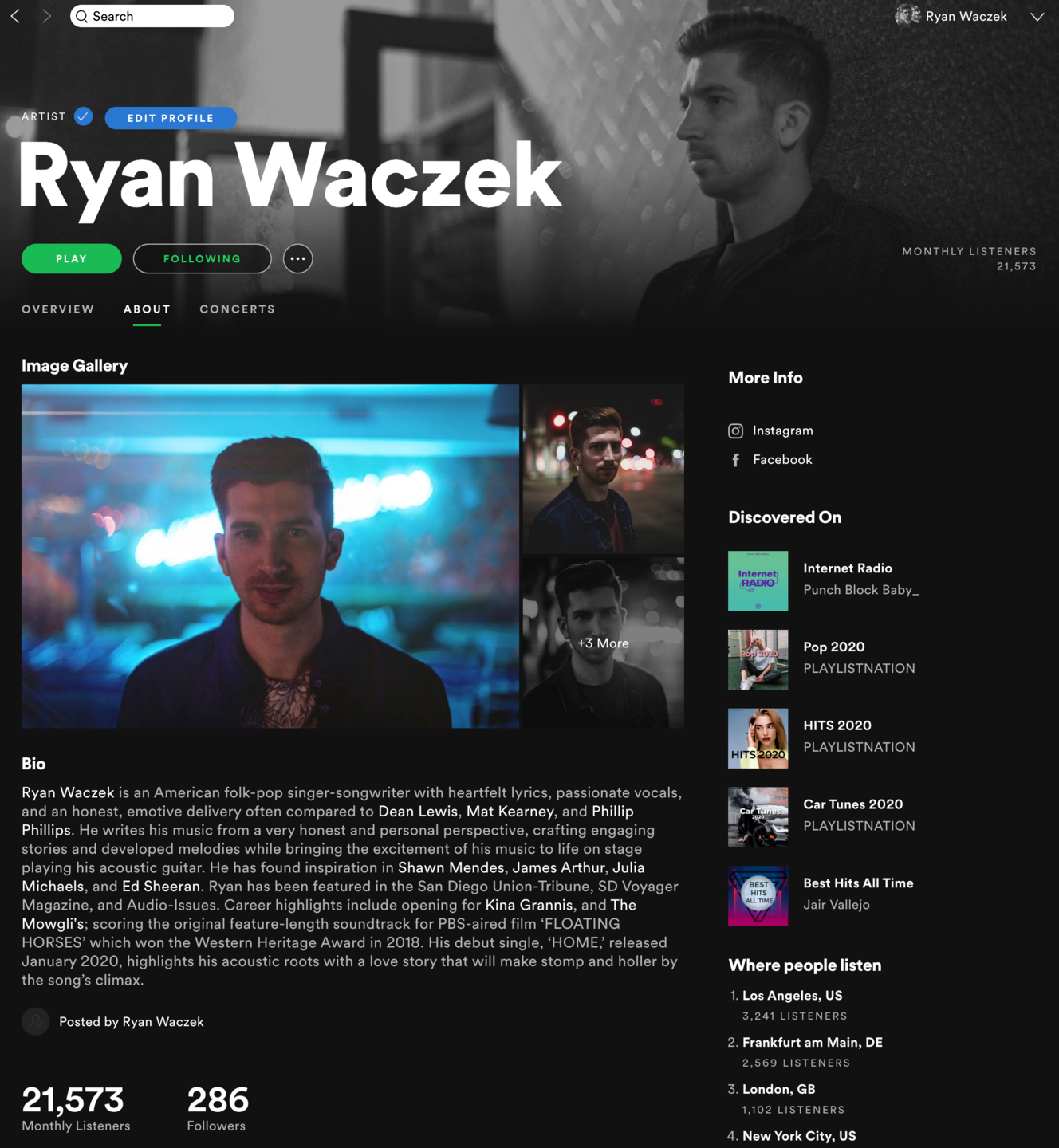 Which translates into income, fans, collabs, opportunities, and being a real contender in the music industry!

Here is just ONE of my music income streams:
Source: Soundbetter.com

How does it work?

We accept your song information and payment through our secure payment processor. We work with your budget to secure placement opportunities with our network of influencers with a combined reach of 10 million fans. 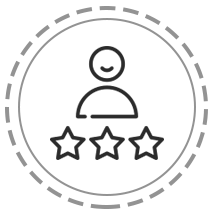 We take your song to our exclusive network of vetted influencers to get you quality placements on highly-engaged Spotify playlists. Your song will stay in those playlists for as long as it takes to reach the desired campaign goal! We actively work on your behalf to get you the fan visibility you need. 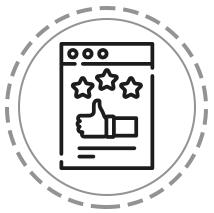 You see increased engagement not only on Spotify, but in your entire music ecosystem because your music will be heard by real fans who are ready to be taken on your Fan Journey!

Trusted by over 300 students, 10,000 subscribers, and 30,000 monthly readers as the go-to music marketing resource in the US, Canada, and Internationally.

To preserve the quality of our influencer relationships, we reserve the right to decline service to artists that submit low-quality recordings.

We will continue promoting your music with our network of influencers until you exceed the number of guaranteed streams listed below.

If for some reason we are not able to deliver on our promise, we will refund the difference.

Here's why you're NEVER going to want to work with anyone else :)

Our Process Is Heavily Documented

Unlike other playlisting companies, we don't operate in the dark. You can read about our entire playlist pitching process as well as how we identify bot playlists to avoid.

We Never Leave A Question Unanswered

We want you to feel 100% confident in your purchase and know that we have your back. That's why we've answered pages of questions in advance so you can know exactly what to expect.

This is a great choice if you are...

Passionate about your music career and ready to operate with ease.

Done making excuses to your family about when your music is going to really “take off.”

Sick of seeing others in the industry being more successful than you (and less talented).

If you've been wondering what you're missing.

Ready for it to be easier.

Willing to go all in.

Deep down you don’t believe you’re cut out for this business.

You are skeptical that you're good enough to be a successful artist.

You’re not an action-taker.

You are not willing to show up AND show the world your authentic-self.

You mistakenly think that successful artists don't get help from others.

If you related more to the first group, then you're in the right place!

Your Future Is Unwritten. How Will You Write It?